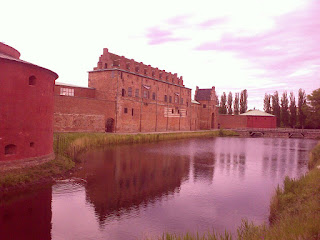 It was built as defence against attackers during worried times. When Sweden and Denmark stopped fighting each other The Castle lost its defensiv function and instead of keeping people outside it kept people inside as a prison.


Later on it was used as a place for the poor people before it became the city museum, as it still is today.

Although it is situated in Malmö the only king that has stayed there was the danish King.

There was a fire long ago but The kings apartments was saved, as you can see in The video: